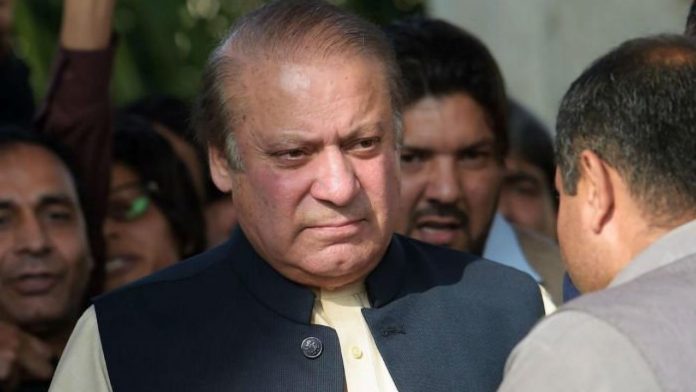 ISLAMABAD: Islamabad High Court (IHC) on Friday has conducted hearing on the plea seeking release of ex-Prime Minister (PM) Nawaz Sharif on bail in Al-Azizia reference today (Friday).
According to details, the petition was filed by Pakistan Muslim League-Nawaz (PML-N) president Shehbaz Sharif who requested the court to release his elder brother on bail in Al-Azizia reference in which the latter has been serving a seven-year sentence in Kot Lakhpat Jail.
Shehbaz as a petitioner contended that Nawaz Sharif needed to get proper medical treatment either in Pakistan or abroad. Sharif’s release on bail also implies suspension of his seven-year sentence in the same case.
NAB’s chairman, NAB Lahore DG, Kot Lakhpat Jail’s superintendent and MS of the Services Hospital were made parties in the petition.
Earlier, while removing objections, Justice Farooq asked from the petitioner’s advocate: “What would happen if Nawaz Sharif says that he had not filed any petition? […] we are removing objections but make sure to have Sharif’s signature.” “We will decide about the matter from judicial side.”
The court had also issued notices to the concerned parties, including chief secretary, secretary of interior and medical reports from Services Hospital’s team and medical superintendent of Kot Lakhpat Jail, in the petition.
On Monday night, Sharif was rushed to the hospital after his platelets had dropped to a dangerously low level with his doctors raising alarming concerns.
Dr Adnan Khan, a personal physician of Sharif, had raised an alarm about his deteriorating health, urging the Pakistan Tehreek-i-Insaf government to immediately shift him to hospital for treatment.
“Former PM #NawazSharif is detected to have critically low Platelet Count (16*10^9/L) that could be due to multiple pathologies & requires immediate in-hospital care. I have requested the authorities concerned to act in urgency,” Dr Adnan Khan tweeted after seeing the PML-N supremo at NAB’s Thokar Niaz Baig office.