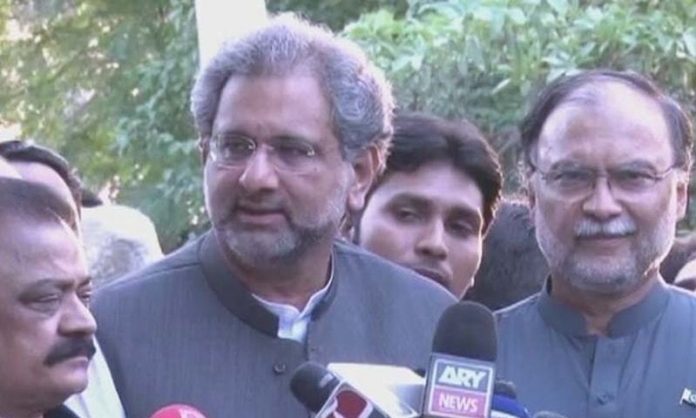 ISLAMABAD: The Islamabad High Court has issued the release orders for PML-N leaders Shahid Khaqan Abbasi and Ahsan Iqbal.
Their sureties were submitted on Wednesday after the court granted them bail on Tuesday. Abbasi was granted bail in the LNG case and Iqbal in the Narowal Sports City case.
The court set their sureties at Rs10 million each. There were initially some issues with Abbasi’s surety, as the court had stipulated that it must be in cash.
Part of the money was collected by other PML-N leaders.
The two leaders are incarcerated at Adiala Jail and are likely to be released soon.