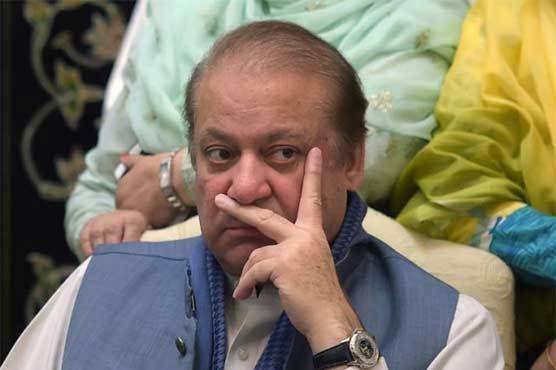 ISLAMABAD: The Islamabad High Court (IHC) on Monday dismissed a bail petition filed by former prime minister Nawaz Sharif seeking the suspension of the seven-year sentence on medical grounds in Al-Azizia reference case.
The IHC bench comprising Justice Aamer Farooq and Justice Mohsin Akhtar Kayani announced the decision on Nawaz Sharif’s plea seeking bail and suspension of the sentence on medical grounds.
The bench will issue a written order shortly.
On February 20, the IHC had reserved its decision on the petition after both sides concluded their arguments.
On December 24, 2018, Accountability Court II Judge Arshad Malik had sentenced Nawaz to seven years in prison along with a fine of Rs1.5 billion and US$25 million in the Al-Azizia corruption reference.
Speaking to the media outside the IHC, Pakistan Muslim League-Nawaz (PML-N) leader Shahid Khaqan Abbasi said, “We are upset about the decision and were hopeful that Nawaz’s bail will be accepted for his medical treatment.”
“We respect court decisions,” he stated while adding “we will adopt a legal course against it”.
Further, Khawaja Asif announced, “We will fight a legal battle against the decision.”
Hussain Nawaz Sharif, the former prime minister’s elder son, claims that he received a sum of $5.4 million from his grandfather to establish the steel conglomerate in Saudi Arabia. The payment was made by a Qatari royal on the request of the elder Sharif. Thereafter, scrap machinery was transported from their Ahli Steel Mills in Dubai to Jeddah to establish Al-Azizia in 2001.
The JIT constituted to investigate the graft allegations insisted that the real owner of the mills was Nawaz Sharif, and it was being operated by his son on his behalf. Hussain was 29-years-old at the time. The JIT also held that Nawaz Sharif received 97 per cent profit as ‘gifts’ from Hill Metals Establishment, another company established by Hussain Nawaz Sharif in 2005, in Saudi Arabia.
Of the amount, Nawaz Sharif transferred 77 percent to his daughter, Maryam Nawaz Sharif. (Maryam is not accused in this reference). Here as well, the NAB claims that since Sharif received a large profit from Hussain’s companies, he is the real owner and not his son. However, during the proceedings the NAB could not substantiate its claim through documentary evidences and instead placed the burden of proof on the accused.