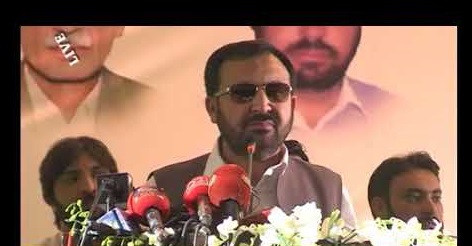 ISLAMABAD: The Islamabad High Court (IHC) on Thursday reserved its ruling on a petition challenging the Election Commission of Pakistan’s (ECP) decision of disqualifying a member of the Khyber Pakhtunkhwa Assembly over his name being on the fourth schedule list.
A high court bench comprising Justice Aamir Farooq reserved the verdict after hearing arguments from the petitioner’s lawyer Babar Awar.
The commission had disqualified Shah Muhammad, who was elected on the provincial assembly seat (PK-89) in Bannu, for being on the list compiled under the fourth schedule of the Anti-Terrorism Act of 1997.
Awan contended before the court that the district police officer concerned had given his client a clearance certificate before he submitted his nomination papers for the 2018 general elections.
“Placing a name on the fourth schedule is violation of basic human rights,” he argued, adding that the Election Commission couldn’t de-seat a lawmaker for being on the fourth schedule.
“The court will assess the legal aspect of the case,” remarked Justice Farooq before wrapping up the hearing.