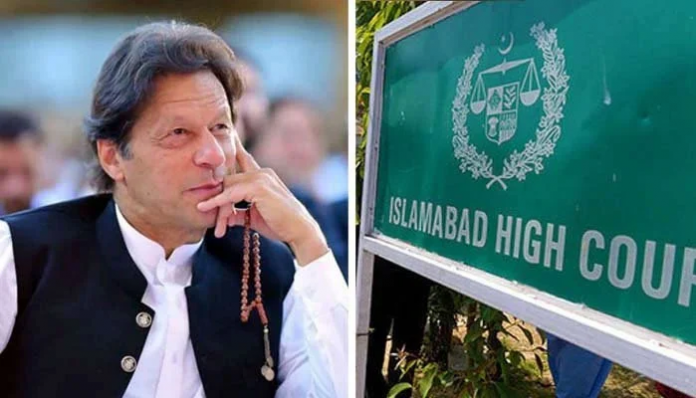 The court, in its detailed verdict issued on Tuesday, ruled that TV channels were bound to follow Pemra’s orders as per the directions of the Supreme Court of Pakistan.

The court noted that the media watchdog could take action against TV channels if prohibited content was aired.

The Islamabad court had previously suspended the order. In another hearing of the same case a day earlier, it issued a short order in which it overturned the ban.

Pemra’s counsel had informed the court on the day that a time-delay mechanism had been put in place.

During yesterday’s hearing, Justice Minallah pointed out Imran’s statement at a rally in Faisalabad, in which he said that the PML-N and PPP were against early elections as they are more interested in the appointment of the next army chief.

“Is this how political leadership works? Do we put everything at stake for this game of thrones?” Justice Minallah inquired and added by making such statements, was he [Imran Khan] trying to hurt the morale of the armed forces?

The statement said that Imran Khan was constantly making baseless accusations against State institutions in his speeches, adding that the statements against the institutions and officers were a violation of Article 19.

The Islamabad High Court Tuesday ordered Imran Khan to join the police investigation in the contempt of court case against him for threatening a female judge.

The court stopped the police from submitting a challan to the anti-terrorism court (ATC) and ordered that before submitting the challan, a report should be submitted to this court after the police completed the investigation.

Justice Minallah inquired whether the police had submitted a challan against Imran Khan.

To this, the Islamabad advocate general replied that the PTI chief was reluctant to join the investigation, adding that the police investigators were not being given access to Imran Khan.

“How we can make others follow the laws if we do not obey them,” he commented and directed the investigators to conduct a transparent investigation in the case.

The IHC judge also directed the investigators to review Imran Khan’s speech to decide whether a case should be made against him or not.

Advocate General Jahangir Jadoon said that the case was linked to that of Shahbaz Gill. Shahbaz Gill, Imran Khan’s chief of staff, is currnetly in police custody on charges of seditious statements. Imran Khan had threatened the Islamabad judge who ruled that Gill should be sent on physica remand.

Later, the court adjourned the hearing of the case till September 15.

On August 23, the IHC had issued a show-cause notice to the PTI chairman and had summoned him in person on August 31 in a contempt of court case pertaining to his threatening remarks about Additional Sessions Judge Zeba Chaudhry.

A first information report (FIR) was registered against the former prime minister in August under the Anti-Terrorism Act for threatening the additional sessions judge and senior police officers of the Islamabad Police at a rally in Islamabad’s F-9 Park.

Later Imran Khan managed to secure transit bail till August 25 from the IHC but was asked to approach the ATC as it was the relevant forum. Then, the trial court extended the interim bail till September 12 in the terrorism case.