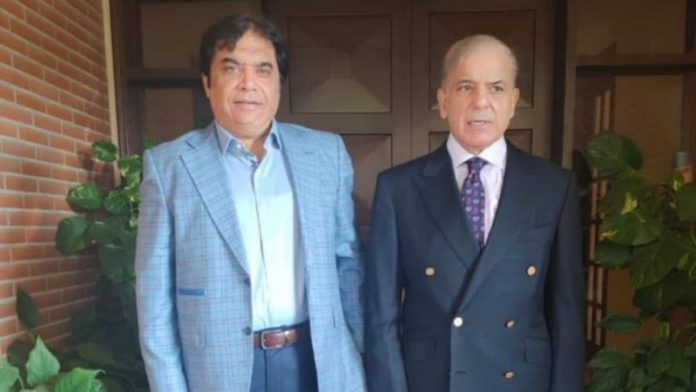 IHC CHief Justice Athar Minallah remarked that Abbasi should not hold a public office till the next hearing.

Abbasi’s counsel Ahsan Bhon argued the office of the special assistant is not a “public office,” thus he shouldn’t be stopped from performing his duties.

If such a written order is issued, it would be same as the final verdict, argued Bhone.

However, the chief justice remarked that the court expects Abbasi not to work as special assistant as a convicted person cannot hold any public office.

“If Abbasi wishes to advise the prime minister, he can do it without holding the office,” Justice Minallah added.

The hearing was adjourned till May 27.

On May 9, the court directed Prime Minister Shehbaz Sharif to review Abbasi’s appointment as special assistant.

Last week, the Cabinet Division sent a summary to the prime minister in light of the courts orders.

Abbasi was appointed at the post April 27. His appointment was challenged by former interior minister Sheikh Rashid Ahmed.

In his petition, Rasheed objected to the appointment, calling it “illegal, unlawful, unconstitutional and violative of the principles of good governance and the rule of law.”

Rasheed argued a case was registered against Abbasi in Rawalpindi on July 21, 2012 under the Control of Narcotic Substances Act, 1997.

The petitioner said Abbasi was sentenced for life in 2018 and he later challenged the sentence in the Lahore High Court.

He said that on April 11, 2019, the LHC only suspended Abbasi’s sentence and not the conviction.

The Anti-Narcotics Force (ANF) registered a case against Abbasi and nine other people in June 2012. Abbasi was accused of obtaining Ephidrene, a controlled substance, for his company, Gray Pharmaceutical. However, instead of using it for medicinal purposes, he sold it on to narcotics smugglers.

After a trial that lasted six years, Abbasi was sentenced to life imprisonment by a Rawalpindi sessions court July 21, 2018 just days before the general elections.