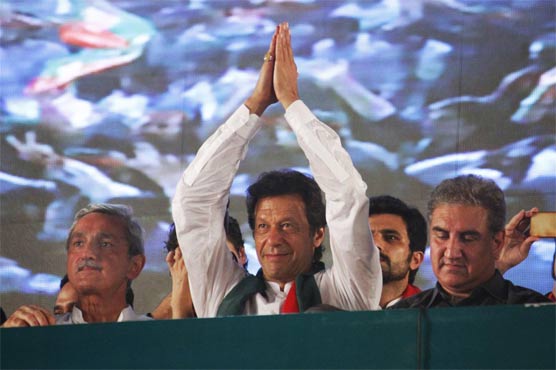 LAHORE: Pakistan Tehreek-e-Insaf Chairman Imran Khan arrived in Lahore where he will address his party’s rally Minar-e-Pakistan on Sunday.
This will be PTI’s massive political show in the PML-N stronghold after seven years, just a couple of months before general elections.
PTI chief Imran Khan has promised to gather a large crowd. He said he would unveil a 10-point agenda for ‘Naya Pakistan’ at the rally, which according to PTI, will be largest of the country’s history.
The party has made all arrangements for the gathering.
Late on Saturday, Imran Khan visited the rally venue where hundreds of his supported had gathered for musical show and fireworks.
Samaa is exclusively covering the rally with 100 reporters, providing minute-by-minute update to its viewers.