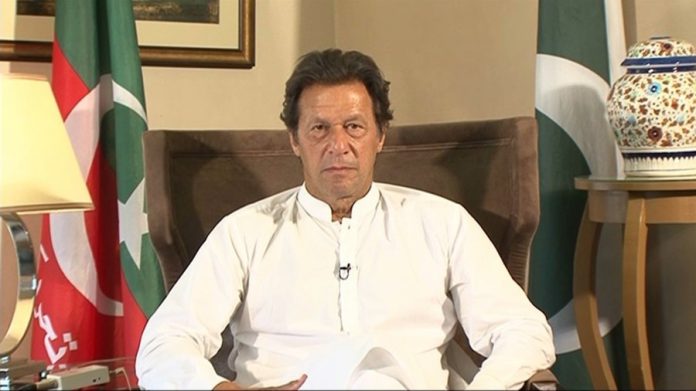 ISLAMABAD: Chairman Pakistan Tehrik-e-Insaf (PTI) Imran Khan on Tuesday finalized the name of former provincial education minister Atif Khan for the post of Chief Minister Khyber Pakhtunkhwa, private news channel reported.
PTI Chairman Imran Khan is chairing a high level consultation meeting to finalize names for CM Punjab, CM KP, and Federal Cabinet. Shah Mehmood Qureshi, Jehangir Khan Tareen, Asad Umar, Pervez Khattak are also in attendance of the meeting.
During the meeting, Imran Khan has nominated Atif Khan for the post of Chief Minister KP. Former Chief Minister Pervez Khattak is also lobbying for the CM post and want former speaker Asad Qaisar to be named as CM.
Apart from him, names of Mohammad Ishtiaq Urmar and Taimur Saleem Khan Jhagra were put forward by the party.
Earlier on Monday, in a bid to show number game to the party’s leadership, a meeting was held by former KPK CM Pervez Khattak in Peshawar’s speaker house with MPAs-elect.
At least 42 members of assembly were present however, Shehram Tarkai and Atif Khan did not attend the meeting.
Khattak overtly rejected ‘reckless’ news attributed to him that he would quit politics if office of KP CM was not awarded to him.
He adopted the stance that only Pakistan Tehreek-e-Insaf (PTI) chief Imran Khan would announce the name in this regard. However, he added that name for post of KPK CM has not been finalized thus far.
Dispelling statements attributed to him, the former KPK CM maintained that the rumors of factions within PTI were nothing but fake. “Khan saab [Imran Khan] has not made any decision yet. I will accept whatever decision is announced in this regard. News channels are airing propaganda against me,” told Khattak.