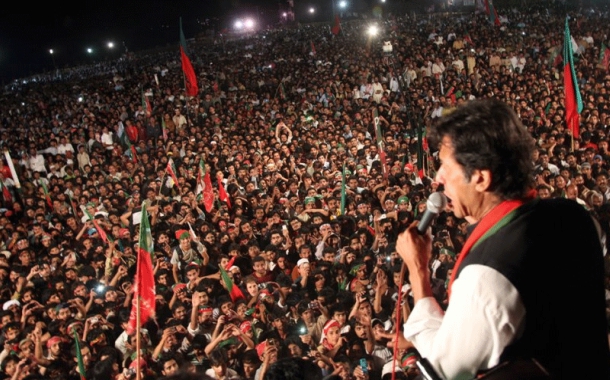 KANDHKOT: As part of his party’s mass contact drive, the Pakistan Tehreek-e-Insaf (PTI) chairman, Imran Khan, is arriving in Kashmore district of Sindh where he will address a large public gathering.
According to details, arrangements have been finalized for the rally at Kandhkot town of Kashmore where a large number of supporters are likely to join Imran Khan.
Khan has kicked off campaign to press Prime Minister Nawaz Sharif for resignation to pave way for an independent inquiry ordered by Supreme Court into PM’s alleged graft and his family’s alleged offshore assets.
In his drive, Khan has organized large public meetings in Islamabad, Sialkot, Abbottabad and other cities.