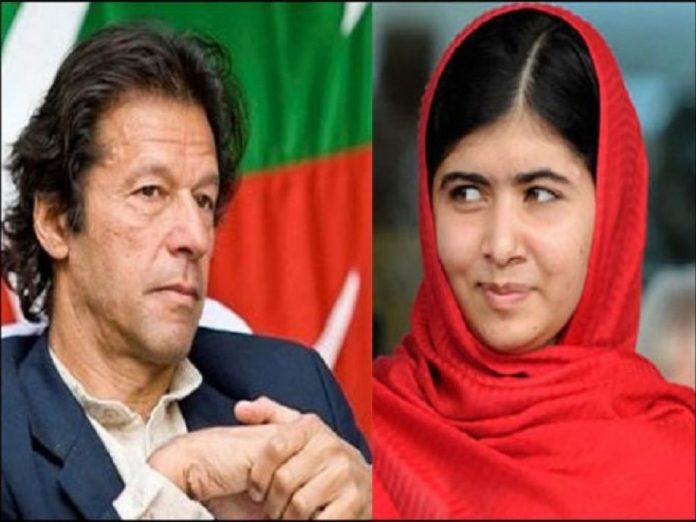 ISLAMABAD: Pakistani Nobel Laureate and education activist Malala Yousufzai and cricketer-turned-politician Imran Khan are among the world’s most admired people, according to an annual study compiled by YouGov.
Malala is the seventh most admired woman while Imran was listed on number 20 among the most admired men in the world.
The list features 20 men and 20 women, all of whom are chosen as a result of online interviews with more than 37,000 people in 35 countries.
Bill Gates and Angelina Jolie topped the world’s most admired people list. The Microsoft founder and Hollywood actor-turned-humanitarian have topped the list every year since 2015 when single sex categories were introduced.
Gates is followed in the male list by former US president Barack Obama, actor Jackie Chan and Chinese president Xi Jinping.
Meanwhile, on the women’s list, Michelle Obama and Oprah Winfrey are listed second and third respectively.
The most admirable women list mostly featured women hailing from the entertainment industry with 14 of them being actresses, singers or TV presenters.
Bollywood actresses Aishwarya Rai, Priyanka Chopra and Deepika Padukone were among those featured on the list. Emma Watson, Taylor Swift, Madonna, Liu Yifei and Gal Gadot also made an appearance.
In contrast, the male list was predominantly occupied by those from political, business and sporting backgrounds. It included Elon Musk, Christiano Ronaldo, Lionel Messi, Warren Buffet and David Beckham.
Indian Prime Minister Narendra Modi was among politicians featured as were US President Donald Trump and Turkish President Recep Erdogan. 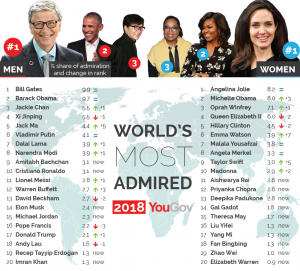