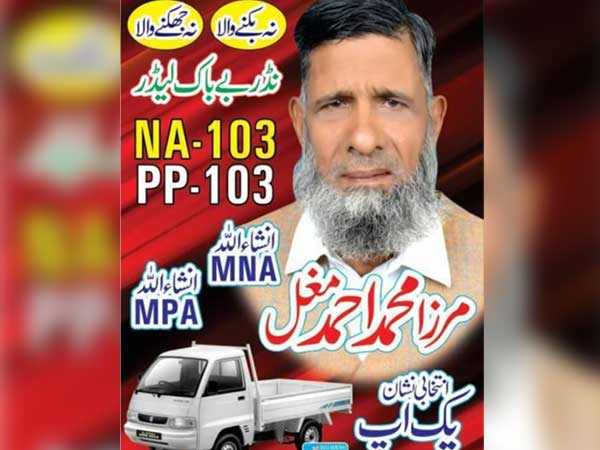 FAISALABAD: An independent candidate Mirza Muhammad Ahmed Mughal committed suicide during wee hours on Saturday due to which election proceedings were postponed in two constituencies.
According to police, Mirza Muhammad Ahmad Mughal was contesting General Elections 2018 as an independent from NA-103 and PP-103 but after a quarrel with his family members he committed suicide by shooting himself.
Meanwhile, due to tragic death of an independent candidate, the Returning Officer NA-103 Shehzad Hussain and Returning Officer PP-103 Nazar Abbas Gondal have issued notification for the postponement of election proceedings under section 73 of Election Act 2017 in these constituencies. – APP