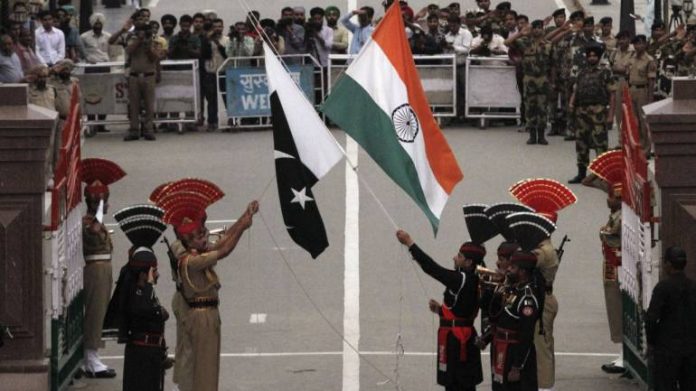 ISLAMABAD: The tensions between India and Pakistan may have cooled but the threat of nuclear war exists, according to the New York Times.
In an opinion piece, the newspaper’s editorial board said that the neighbouring countries will face “unpredictable, possibly terrifying, consequences” unless they resolve the Kashmir dispute.
“The two countries have crossed into dangerous territory, with India attacking Pakistan and engaging in aerial duels. The next confrontation, or the one after that, could be far more unthinkable.
“The situation could have easily escalated, given that the two countries have fought three wars over 70 years, maintain a near-constant state of military readiness along with their border and have little formal government-to-government dialogue,” says the opinion piece.
A solution to a conflict that touches so many religious and nationalist nerves must ultimately come from within, through talks among India, Pakistan and the people of Kashmir, according to the article.
The editorial board notes that the Clinton, Bush and Obama administrations “aggressively worked to ensure that India-Pakistan confrontations in 1999, 2002 and 2008 did not spiral out of control.” The Trump administration, however, take a stance against Pakistan and towards India, where he has business interests, it adds.
On February 14, over 40 Indian soldiers were killed in a suicide explosion in Pulwama in Indian-administered Kashmir. The attack was reportedly claimed by the JeM.
It brought Pakistan and Indian on the brink of war. Tensions between the two countries escalated further after Indian planes violated Pakistani airspace and released their payload inside Pakistan’s territory on February 26.
In response, Pakistan shot down two Indian planes in Kashmir on the very next day. One plane crashed in the Kohi Rata sector of Azad Kashmir while another in Indian-Administered Kashmir’s Budgam area. A pilot of the Indian Air Force, identified as Abhinandan, was also taken into custody. However, he was handed over to Indian authorities as a gesture of peace.