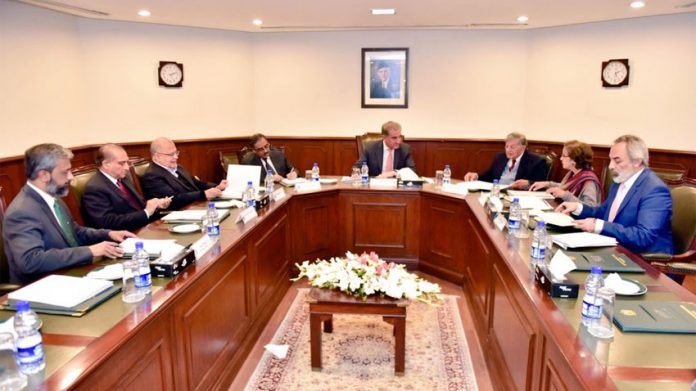 ISLAMABAD: Foreign Minister Shah Mahmood Qureshi has said that India is resorting to continuous ceasefire violations along the Line of Control to divert attention from its internal anarchy.
Chairing the consultation meeting of former foreign secretaries in Islamabad on Friday, he said the fire which was erupted by the Modi’s government in Occupied Kashmir on 5th of August, has now engulfed the entire India.
The Foreign Minister said Pakistan is exposing Indian brutalities in the held valley at every platform.
Shah Mahmood Qureshi said, today, the anti-Muslim and Hindutva-based thought of Modi government has divided the entire India.
He said India deprived the world of getting access to the ground realties of occupied Kashmir by imposing restrictions on the means of communications.
The meeting also discussed the continued curfew, Indian aggression in Occupied Kashmir and critical situation of peace and security of the region.