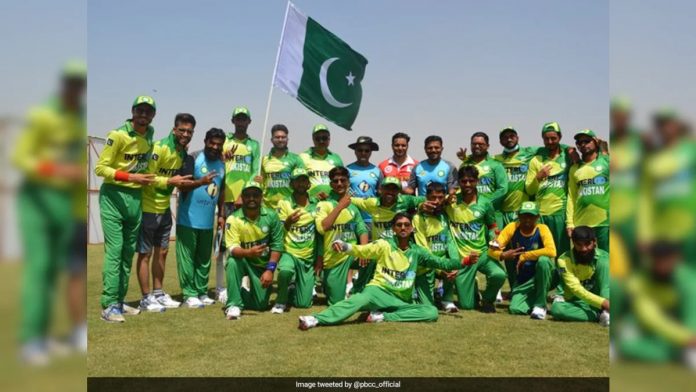 In a statement, the PBC said India had turned down the team’s visas for the tournament which is scheduled in the neighbouring country from December 5 to 17.

“This unfortunate incident has left the Pakistan blind cricket team in the lurch,” the council said, pointing out that the country had been runners-up in 2012 and 2017.

Earlier, the Indian Express reported that the Pakistani team would soon be issued visas in order to participate in the competition. The report quoted Cricket Association for the Blind in India President Mahantesh GK as saying the Indian Ministry of External Affairs (MEA) was working in this regard.

The official also expressed confidence that the team would receive their visas. According to the report, the two teams’ clash was scheduled for December 7 (tomorrow).

Condemning the move, the PBCC in its statement noted that Pakistan had beaten current T20 world champion India five times consecutively during two tri-nation competitions in 2021 and 2022, winning both events.

“It was highly likely that Pakistan and India would have locked horns in the final of [the] ongoing World Cup and considering the current form of [the] Green Shirts, Pakistan had a high chance to win the World Cup,” the statement said.