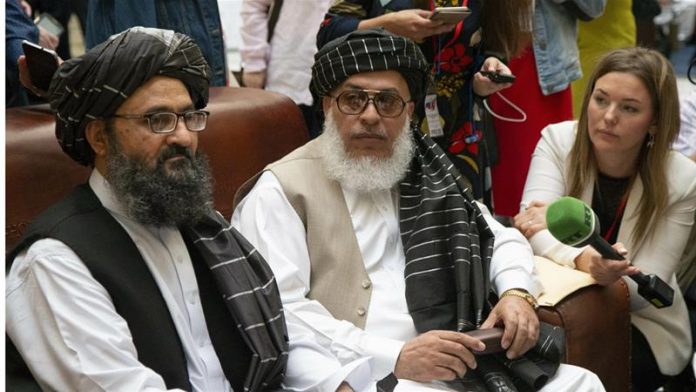 WASHINGTON: India should speak with the Taliban if it feels that it will help the peace process, Pakistan’s envoy to Washington said, but a senior Taliban leader seems to have dismissed the idea, saying India has supported traitors in the past.
In an interview with an Indian newspaper ‘The Hindu’ US Special Representative for Afghanistan Zalmay Khalilzad said it would be appropriate for an India-Taliban engagement.
Responding to that statement, Pakistan’s Ambassador to the US Asad Khan told Reuters, It is for India to respond to that suggestion.
Asked if he was open to an Indian dialogue with the Taliban, Khan said: “If India feels that their engagement is going to help the peace process, then we would defer to their judgment. But it’s not for us to sit in judgment on what they should do or they shouldn’t do.”
Khan said that he would hopefully be speaking with Khalilzad soon and did not go by Indian media accounts, which he said in many cases are fanciful and give their own interpretations.
Abbas Stanikzai, Taliban’s chief negotiator, on the other hand, in an interview the same day, reportedly criticised India’s role in Afghanistan and said New Delhi “had always supported traitors in [Afghanistan]”.
Two attacks in Afghanistan on Tuesday, attributed to the militant Islamic State (Daesh), have complicated the US push for peace.
One attack, on a Kabul hospital’s maternity ward, killed 24 people, including two babies. Another, at a funeral in eastern Afghanistan, killed 32. Afghan President Ashraf Ghani ordered the military on Tuesday to switch to offensive mode against the Taliban following the attacks. …Agencies