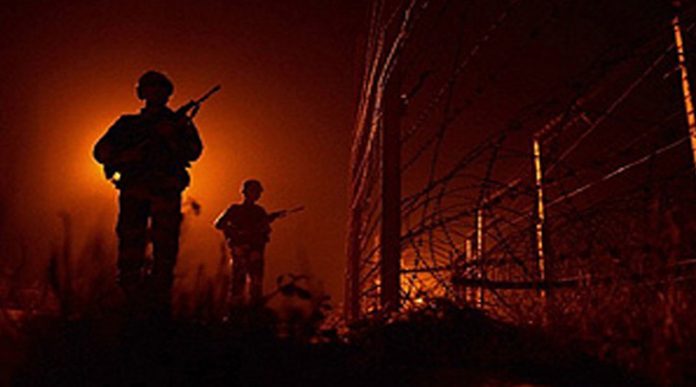 RAWALPINDI: Indian border security forces once again resorted to unprovoked firing and shelling across the Line of Control in Tuesday’s dark hours which lasted for two hours.
According to Inter-Services Public Relations (ISPR), the Indian troops targeted Pakistani positions at Bhimber sectors including Khanjar and Baroh, and resorted to indiscriminate fire.
The shelling continued from 4am to 6am in the morning.
However, befitting response from Pakistan Army silenced the Indian guns, ISPR said.