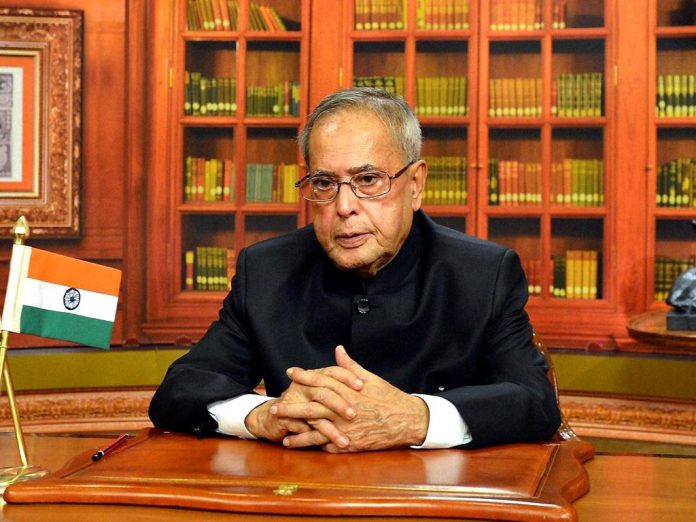 NEW DELHI: Indian president Pranab Mukherjee has said that the country is willing enhance its existing relationship with Pakistan.
He made the remarks on the 77th Pakistan Day, which marks the passing of the Lahore Resolution. A separate nation for the Muslims of India was demanded on March 23, 1940.
“Greetings to the government and people of Pakistan on their National Day,” Pranab Mukherjee tweeted on Thursday. “India is committed to building ties with Pakistan in an environment free from terror and violence.”
The statement came days after a meeting of the Indus Water commissioners In Islamabad, the first formal engagement since relationship between the two countries nosedived following the September 2016 Uri attack.
Celebrations began with a joint military parade at the Parade Ground near Shakarparian hills in Islamabad. Chinese and Saudi troops and a Turkish military band also participated in the parade.
Addressing the ceremony as chief guest, President Mamnoon Hussain termed Pakistan’s defence as impregnable, saying the country’s conventional and nuclear capabilities were meant to ensure global and regional peace.