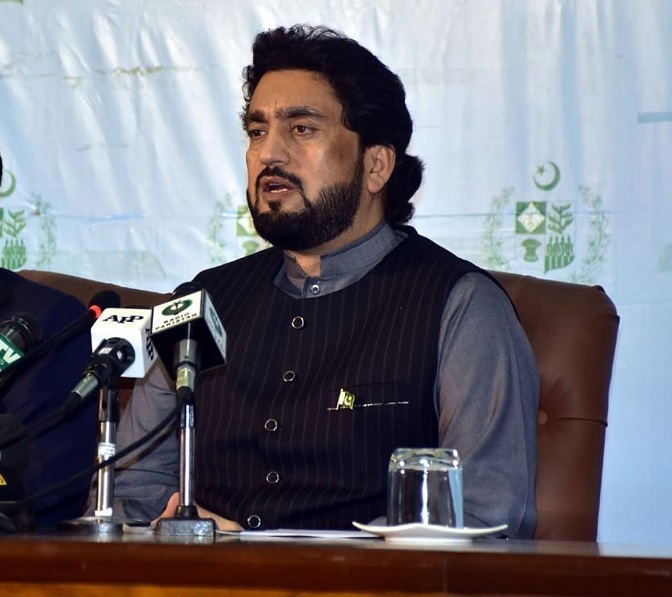 ISLAMABAD: Minister for SAFRON & Narcotics Control Shehryar Afridi Thursday said that Kashmir dispute can be a nuclear flashpoint in South Asia and United Nations must take notice of the statement by Indian Defence Rajnath Singh which is nothing but nuclear blackmail.
The minister expressed these views while addressing the Pakistani community in Italy where a large number of Pakistani expatriates joined a reception held to honour the Minister’s presence to mark the Independence Day celebrations and Kashmir Solidarity Day.
Addressing the audience, Shehryar Afridi said that India is conspiring to stage a false flag operation near Line of Control in order to shift the world focus from state terrorism by Indian forces in Indian Occupied Kashmir (IoK) but Pakistan has got wind of it and the world is now put at notice.
He said that Pakistan’s national narrative was being acknowledged by the world due to sincere leadership in Prime Minister Imran Khan and the world focus now can’t be shifted from plight of Kashmiri people.
He said the world must take cognizance of the fact that Hindu extremists in India have got control of nuclear weapons and the statement by Indian defence minister Rajnath Singh on first use of nukes reflects that any irresponsible step by Hindu extremists may put the world security into jeopardy.
Shehryar Afridi said that overseas Pakistanis are sending remittances for their loved ones in Pakistan which helps Pakistan grow economically.
“You are the most precious asset for Pakistan. Prime Minister Imran Khan loves the Pakistani Diaspora which is his real strength. Pakistan Tehreek-e-Insaf (PTI) Government would resolve all issues faced by Pakistani expatriates on priority. I would speak with Pakistani ambassador in Germany to help resolve your issues,” the minister told a jubilant gathering.
Spelling out the achievements of first year of PTI government, Afridi said that reforms and opening up of economy is hallmark of first year of the PTI government which has helped Pakistan to attract foreign investment and economic revival.
Afridi said that Indian Premier Narendra Modi is not familiar with philosophy of sacrifice of Hazrat Imam Hussain and he can’t comprehend the fact that Muslims follow the same philosophy and India can’t scare Muslims in India especially those living in Indian Occupied Kashmir (IoK).
Afridi said that the Pakistani nation is led by visionary Prime Minister Imran Khan who is exposing the Hindutva regime in India by each day passing and the world is now taking notice of the oppressive tactics by fascist regime in India.
“Pakistan will go to any extent to safeguard the rights of freedom loving Kashmiri people. We will not sit idle until Kashmiris are given their right to choose between India and Pakistan. Plebiscite is right of Kashmiris and the day is not far when Kashmiris would exercise their right to franchise,” said the minister.