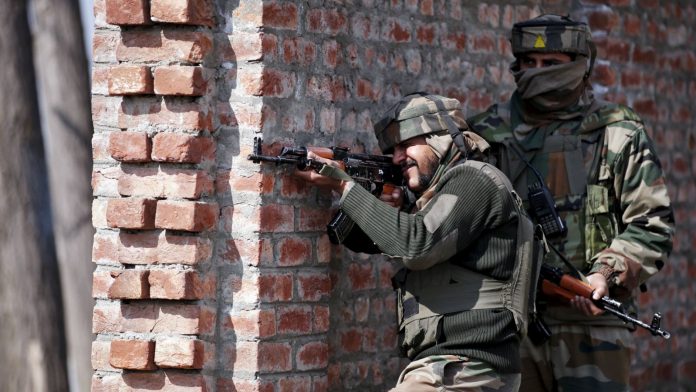 ISLAMABAD: Indian troops during their fresh state terrorism in Indian occupied Kashmir martyred three youth and a woman in Handwara area of Kupwara district, Monday (today).
According to Kashmir Media Service (KMS), the killings took place during a joint operation by Indian army, police and Indian paramilitary Central Reserve Police Force in Younsu village of Handwara early this morning.
Director General of Police (DGP) S P Vaid claimed that the three youth were killed in an encounter with the troops.
A woman, identified as Misra Bano, was also martyred in firing by the troops in the area.
Meanwhile, authorities have suspended mobile and Internet services in Sopore and Handwara areas of the district. – APP