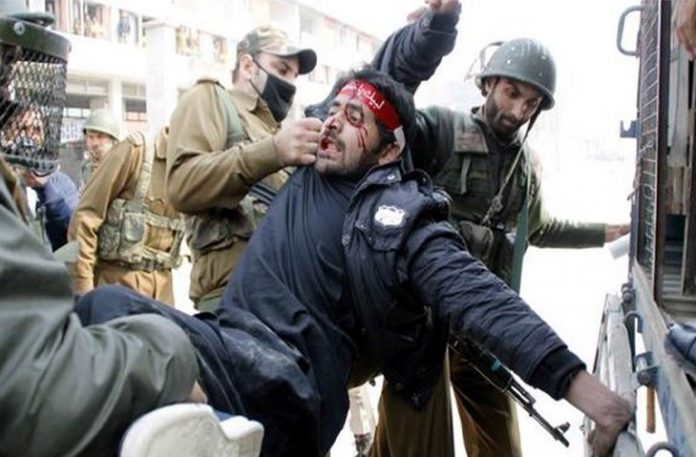 SRINAGAR: In occupied Kashmir, Indian troops in their fresh act of state terrorism martyred two more youth in Islamabad district, on Wednesday.
The troops killed the youth identified as Altaf Kachroo and Omar Rasheed during a cordon and search operation at Munward area of the district. The troops also blasted a house in the area.
The authorities blocked mobile internet service in the district. The train service between Srinagar and Banihal has also been suspended.
The killing led to clashes between protesters and the Indian troops in the area. Youth took to streets soon after the troops launched the cordon and search operation in the village located near Khanabal area of the district. The troops fired teargas shells to disperse the protesters who pelted them with stones.
On the other hand, several barracks of Indian soldiers were completely gutted and a large quantity of arms and other items, including oil drums, were damaged in a massive fire which broke out in the Indian army’s 45 Rashtriya Rifles headquarters in Machil area of Kupwara district, yesterday.