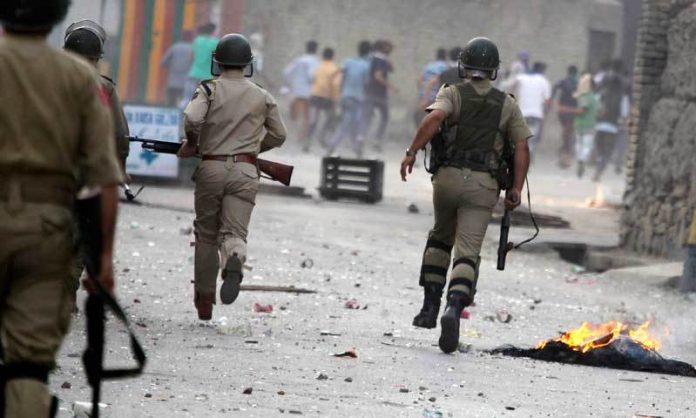 ISLAMABAD: Indian troops, in their fresh act of state terrorism in Indian occupied Kashmir, martyred another youth in Bandipore district.
According to Kashmir Media Service (KMS), the youth was injured in the firing of the troops during a siege and search operation in Hajin area of the district yesterday and later succumbed to his injuries.
Meanwhile, the Indian troops arrested a youth during a siege and search operation in Chhatabal area of Srinagar.
KMS reported that the troops entered Chaan-Mohalla and Mughal-Mohalla of Chhatabal and conducted house-to-house searches.
People were pulled out of their houses and subjected to ill-treatment during the hour-long operation, the reports added.
The troops also arrested a youth during the crackdown operation.
The Indian troops also conducted search operations in Soura area of Srinagar and Aharbal, Khaag and Charar-e-Sharief areas of Badgam. – APP