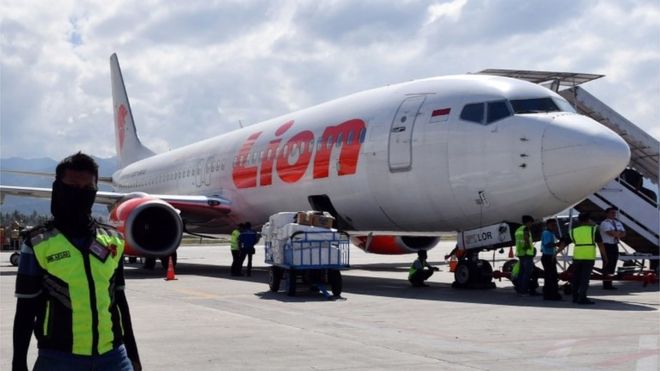 JAKARTA:An Indonesian Lion Air passenger plane went missing Monday shortly after taking off from the capital Jakarta, an aviation authority official said, adding that a search and rescue operation is under way.
The aircraft lost contact with air traffic control around 6.30 am (2330 GMT), about 13 minutes after it took off, bound for Pangkal Pinang on the island of Bangka off the coast of Sumatra island.
“It’s true that Lion Air JT 610 has lost contact. We have forwarded the information to search and rescue teams,” AirNav Indonesia spokesman Yohanes Harry Douglas said in a statement.
It was not clear how many people were on board the flight.
The Flightradar website tracked the plane, showing it looping south on take-off and then heading north before the flight path ended abruptly over the Java Sea, not far from the coast.
Indonesia relies heavily on air transport to connect its thousands of islands but has a poor aviation safety record and has suffered several fatal crashes in recent years.
A 12-year-old boy was the sole survivor of a plane crash that killed eight people in mountainous eastern Indonesia in August.
In August 2015, a commercial passenger aircraft operated by Indonesian carrier Trigana crashed in Papua due to bad weather, killing all 54 people on board.