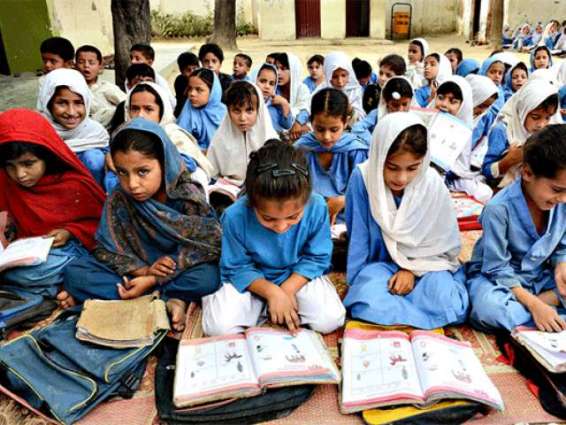 PESHAWAR: An inquiry report of the Khyber Pakhtunkhwa inspection team has revealed corruption in the Iqra Farogh-e-Talim, a special voucher scheme of the provincial government under Elementary Education Foundation (EEF).
The provincial inspection team probing into the alleged corruption in the Iqra Farogh-e-Talim voucher scheme of the KP government’s EEF in its 62-page report stated that funds were embezzled.
The Iqra Farogh-e-Talim is a special initiative of the KP government with the objective of enrolling out of school children between the ages of 5-16 residing in poor areas in the province through voucher scheme. Government-issued vouchers are tuition redemption vouchers that families can redeem at a partner private school of their choice in return for free education services. Presently, EEF is implementing Iqra Farogh-e-Talim Education Voucher Scheme in five districts of KP.
However, the report stated that funds received from the admission of children in a Mansehra school were embezzled. Of the Rs26.4 million fund received, Rs19.4 million were embezzled, it added.
The provincial investigation team stated that of the 23 schools named in the scheme, 21 were unregistered while six were ghost schools.
Funds were being taken for 79 students in a private school in Labarkot, Mansehra. However, only 42 students were regular and were shown as “out of school”, the report upheld.
A private school said to be established in Ahrar Mira area does not exist. The school was given Rs1.3 million in a three-month span, the provincial investigation team found.
In Jaba, funds were being received for 236 students. There were 41 students registered in the school of which 23 were receiving education while the other were “made-up names”, the report claimed.
The provincial investigation team inquired into 23 of the 89 schools in Mansehra and recorded statements of students, related staff and principals.
EEF Managing Director Zulfiqar Ahmed failed to fulfill his responsibilities, the report asserted. Ahmed as a MD had not corroborated the vouchers and had not employed anyone for monitoring as per the plan, it added.
Director Monitoring Nawaz Khan also failed to fulfill his responsibilities and Bureau of Statistics official Javed Iqbal as interim deputy MD could not clarify any monitoring system, the report further said. Iqbal also failed to provide date pertaining to “out-of-school students”.
District Program Officer Gul Taj Jan and Director Finance Fazal Naseem were also named among those who failed to fulfill their responsibilities.
The KP investigation team further recommended retrieving the embezzled funds from school owners via the National Accountability Bureau (NAB).
“NAB should conduct an investigation in 65 schools in Mansehra and other districts,” the report suggested.
Recommending that the EEF MD be removed from his post, the investigation team upheld that an official investigation be conducted against those involved in corruption.
First information reports (FIR) should be registered against the school owners, the report upheld and added that the departments of Finance and Planning & Development be given responsibility of Iqra Farogh-e-Talim voucher scheme.