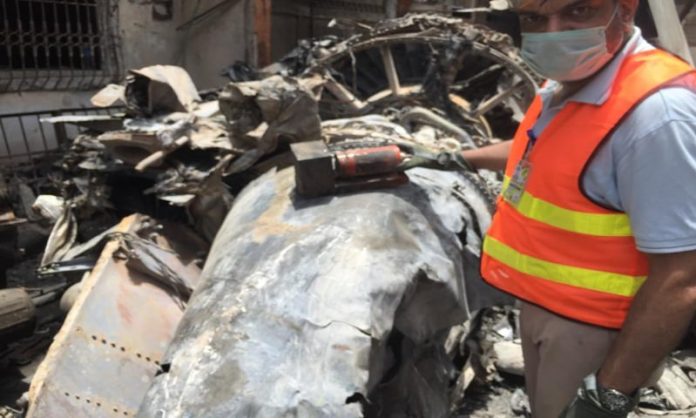 KARACHI: The French experts of Airbus company visited the incident site, where the Pakistan International Airlines (PIA) plane crashed, on the third day and continued investigation.
The investigation team used latest technical equipments to interrogate the matter through forensic science.
Sources have revealed that the flight data recorder (FDR) will be sent to France for decoding. The cockpit voice recorder (CVR) was recovered from the debris today.
The investigation team had been assigned the task to inspect the affected buildings to recover the CVR and the services of PIA engineering and technical ground force and Civil Aviation Authority (CAA) Security and Vigilance were acquired as well.
The experts of Airbus company will continue investigation from crash area to runway and collect further evidences from the wreckage. The foreign experts will also be briefed at the Civil Aviation Headquarters and the PIA Head Office.
Let it be known that at least 97 were killed and dozens others wounded after a PIA plane crashed with nearly 100 people on board in Karachi on Friday.
The PIA plane was close to landing when it came down among houses, sparking an explosion and killing several people on the ground.
The national carrier’s flight PK-8303 took off from Lahore’s Allama Iqbal International Airport and crashed in Model Colony area in Malir, approximately 4 kilometers away from the airport.