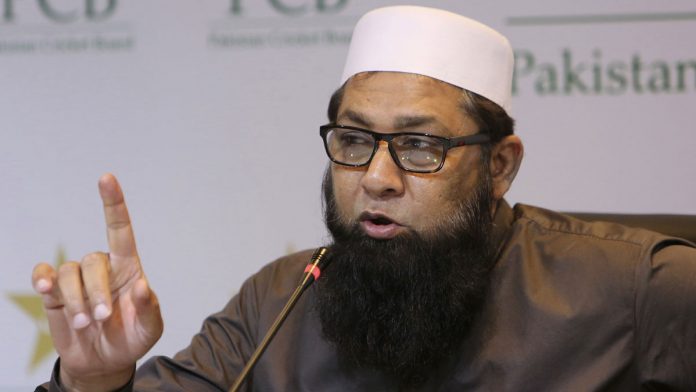 LAHORE: Former Pakistan cricketer Inzamam-ul-Haq has said that Misbah-ul-Haq should step down as either the team’s head coach or its chief selector.
“Misbah should step down one of his two positions even if the side wins in England,” the former chief selector said in an interview. “It will be beneficial for his coaching career as he will be under less pressure and it will help him focus more on his responsibilities.”
Inzamam said that he wants to become Pakistan’s future head coach but “has no plans for that at the moment”.
The former captain said that labeling Imam-ul-Haq as a parchi was disappointing. “Upon Imam’s selection, I told him that neither will I favour him nor will I be unjust with him. Secondly, people are not looking at his performances. He has scored more runs than the rest in the previous 40 ODIs. I don’t see why they are questioning him. They should consider him as a national cricketer instead of linking him to me.”
Commenting on paceman Mohammad Amir’s hiatus from Test cricket, Inzamam said that whenever a player feels he is being made to play cricket more than his capacity then they should cut down on the number of franchise cricket tournaments they participate in. “If Amir was saying that he was pressurized into playing in the longest format then he should have not played county cricket. Representing the national side should be the top priority for any cricketer.”
Inzamam stated that the International Cricket Council should not allow franchise competitions to take place if this year’s T20 World Cup and Asia Cup T20 is canceled due to the coronavirus.