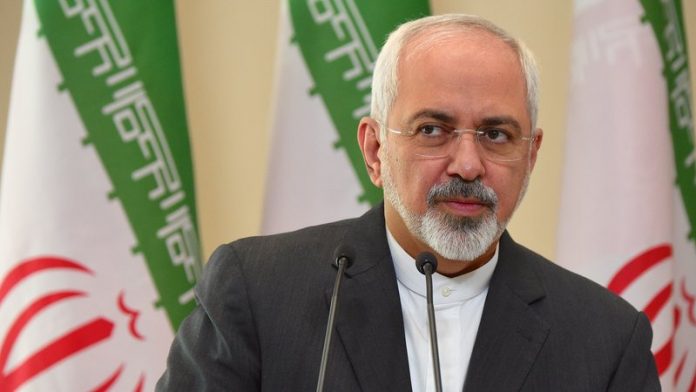 TEHRAN: Iran´s foreign minister was due to leave Saturday for a whirlwind diplomatic tour as world leaders scramble to salvage something from the wreckage of a landmark nuclear deal in the wake of Washington´s withdrawal.
Mohammad Javad Zarif´s tour starts two days after unprecedented Israeli strikes in Syria which a monitor said killed at least 11 Iranian fighters, triggering fears of a broader conflict between the two arch-enemies.
He will visit Beijing, Moscow and Brussels, a spokesman said, holding meetings with all of the remaining parties to the 2015 agreement.
Before leaving, Zarif published a government statement on his Twitter page, slamming the “extremist administration” of US President Donald Trump for abandoning “an accord recognised as a victory of diplomacy by the international community”.
It reiterated that Iran was preparing to resume “industrial-scale” uranium enrichment “without any restrictions” unless Europe provided solid guarantees that it could maintain trade ties despite renewed US sanctions.
Zarif´s delicate diplomatic mission was complicated by reports of clashes between Iranian and Israeli forces in Syria on Thursday.
The Syrian Observatory of Human Rights said Saturday that 11 Iranians were among the pro-regime fighters killed in strikes by Israel, which has vowed to prevent Iran gaining a military foothold in neighbouring Syria.
“Six Syrian soldiers and 21 foreign fighters, including 11 Iranians” were among the dead, said Observatory director Rami Abdel Rahman.
Tehran, which has sought to avoid an escalation in regional conflict that could alienate its European partners, has not commented on whether its forces were hit.
Israel and its allies have blamed the Iranian Revolutionary Guards for initiating Thursday´s exchange by launching missiles into the occupied Golan Heights.
The White House backed Israel´s claims, accusing Iran of “reckless actions” that posed a “severe threat” to stability in the Middle East.
Iran denies that version of events, saying the Israeli strikes were launched on “invented pretexts”.