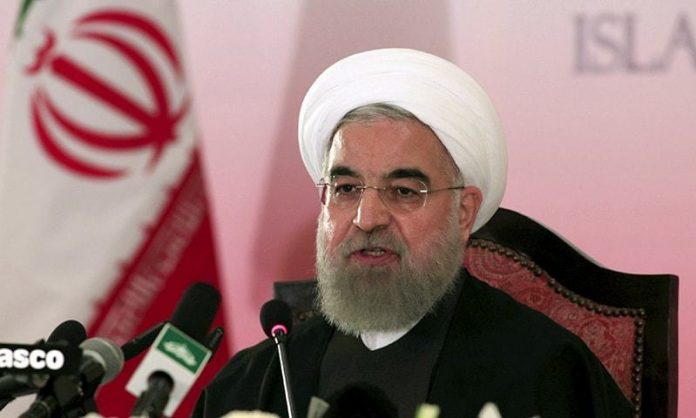 KIEV: Iranian President Hassan Rouhani has told his Ukrainian counterpart that those behind the downing of the Ukrainian airliner will be brought to justice, the Ukranian presidency said.
Rouhani told Volodymyr Zelensky that “all the persons involved in this air disaster will be brought to justice”, it said.
The Iranian head of state “fully recognises the tragedy that has occurred due to the mistakes of soldiers of this country” and apologised, it added.
Zelensky asked Tehran to allow the bodies of the 11 Ukrainian victims to be repatriated “by January 19” and said Ukrainian diplomats had produced a list of steps to be taken to “resolve the compensation issue”.
“The Iranian side agrees with Ukraine on this issue,” the statement added.
After three days of denials, Tehran admitted early Saturday that it had “unintentionally” shot down the jet after a missile operator mistook the plane for a cruise missile.
In a message posted on Facebook shortly after the admission, Zelensky demanded that Tehran ensure that justice was done and compensation paid.
The Ukraine International Airlines (UIA) Boeing 737, which had been bound for Kiev, slammed into a field shortly after taking off from Tehran’s Imam Khomeini International Airport before dawn on Wednesday.
The downing of the plane came hours after Tehran had launched a barrage of missiles at bases housing American troops in Iraq, retaliating for the killing of commander Qasem Soleimani in a US strike.