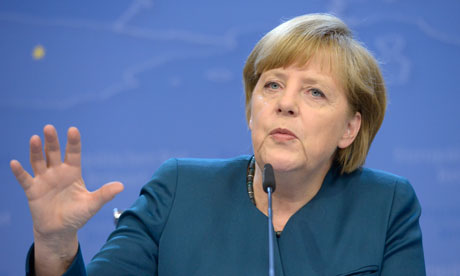 Angela Merkel has said that that it is not Islam that is the problem but a falsely understood Islam and the religious authorities of Islam have to find strong language in order to delineate themselves and distance themselves from this fundamentalist and terrorist version of Islam.

The German Chancellor while addressing the Munich Security Conference said, “We cannot do this, we are Christians. “It has to be done by the Islamist clergy and by the religious authorities.”
She pleaded to Islamic governments to help convince people that terrorism has nothing to do with Islam.
While commenting on the issue of refugees, Angela Merkel claimed that the European Union still has a “responsibility” to take in more so-called refugees….. Agencies