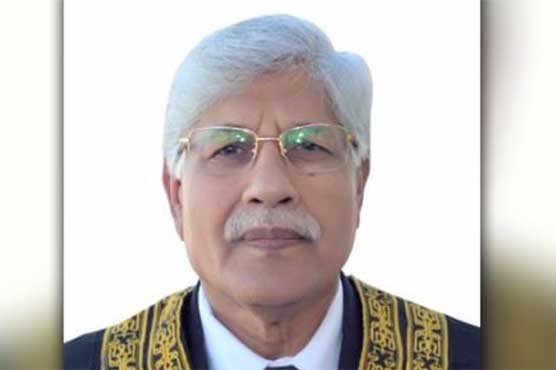 ISLAMABAD: Islamabad High Court (IHC) on Monday has served contempt of court notice to the former CJ GB Rana Shamim over his allegations against the ex- CJP Saqib Nisar.

Former CJ Gilgit Baltistan had claimed former CJP Saqib Nisar had asked a high court judge to keep Nawaz Sharif and Maryam Nawaz Sharif in jail till the 2018 general elections. The CJ IHC had taken notice of the matter after the name of a sitting HC judge also named in the controversy that took place after allegations of the former CJ GB.

At the outset of the hearing, the CJ IHC said that such reporting from the media house can create problems and added that the IHC always upheld the freedom of speech.