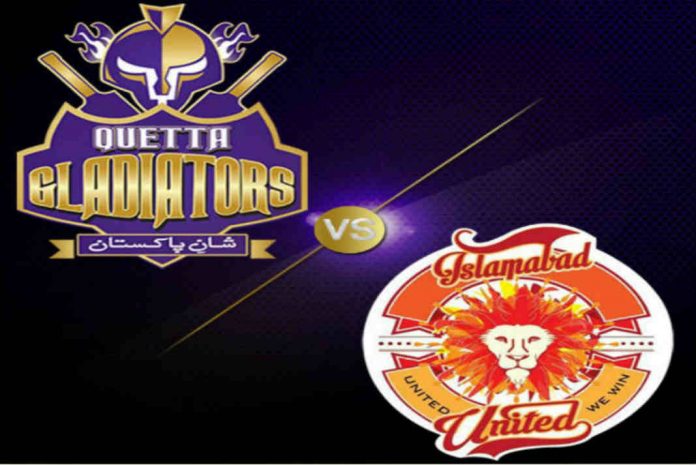 SHARJAH: Islamabad United is all set to take on Quetta Gladiators in a match of third edition of Pakistan Super League (PSL) in Sharjah tonight.
The match will be played at 9pm Pakistan Standard Time.
Quetta Gladiators and Islamabad United both have won one match and lost one match so far and secured third and fifth positions respectively with two points each.
So far, Karachi Kings have topped the points table while Lahore Qalandars have bagged the last position.
The first eight matches of PSL third edition were held Dubai Cricket Stadium while the next seven matches will be played in Sharjah.