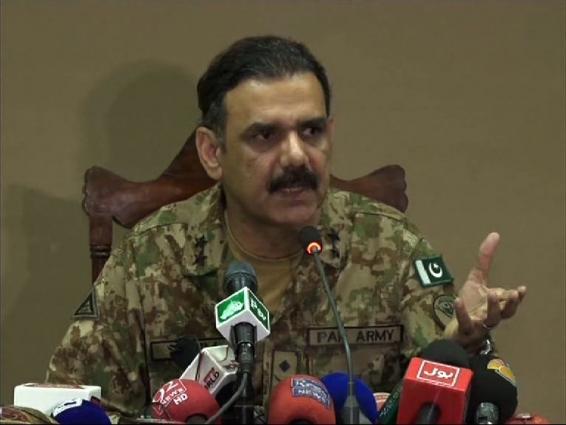 KARACHI: lauding the role of law enforcing agencies in Karachi Operation, Inter-Services Public Relations (ISPR) Director General Lt Gen Asim Bajwa revealed that they thwarted major terror attacks including Hyderabad jail break atempt.
“At least 97 most wanted terrorists including planners, possible attackers and suicide bombers of Hyderabad jail break attempt has been arrested,” said ISPR during a press conference.
During the Karachi operation, he said, over 12,000 people, 26 of them terrorists carried head money, were arrested in more than 7,000 raids conducted by Rangers, out of which 6,000 people were handed over to police.
The arrested included planners and attackers of Kamra base attack, attack on ISI base in Sukkur, Karachi Airport attack, Karachi jail break attempt and assassination of Karachi’s top cop Chaudhry Aslam.
The biggest terrorist groups operating in Karachi are Al Qaeda in the Indian Subcontinent and Lashkar-e-Jhangvi (LeJ) which conducted attacks in the city in collusion with the Tehreek-i-Taliban (TTP) Pakistan, Bajwa said.
Al Qaeda in the Sub continent leader Mussannah is the mastermind and arranges financing for the group’s operations in Karachi. He is number two to the leader who is present in Afghanistan, Bajwa said.