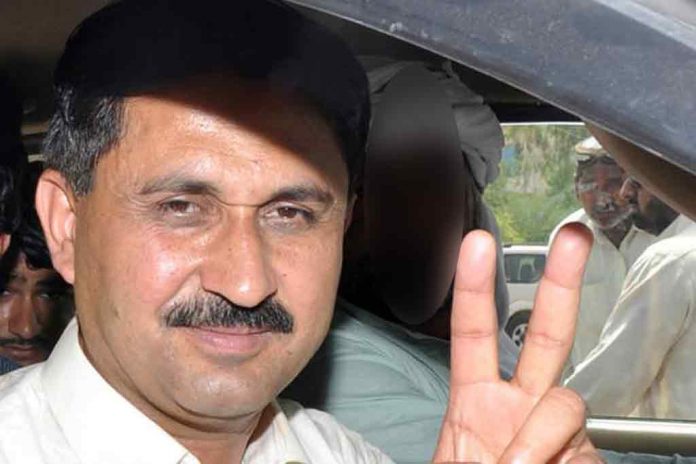 SARGODHA: Member National Assembly Jamshed Dasti was released from Sargodha jail on Monday afternoon, a few days after a video of him accusing jail authorities of torture became viral on social media.
On June 30, a report released by Punjab government stated that no marks of torture were found on his body. A day earlier, the Awami Raj Party chairman had claimed that he was subjected to severe torture and starvation inside the prison and had asked the chief justice of Pakistan to take notice of his ordeal.
“I am grateful to the independent judiciary for taking sou motu notice [of my ordeal],” the MNA told reporters. “I had been kept starved for the last six days and was only able to eat today after the visit of the sessions judge. Allah has granted me a new life,” Dasti added.
PTI lawyers to file for Dasti’s bail
Last month, the MNA was held minutes before he was scheduled to be released from Multan Central Jail after an anti-terrorism court approved his bail in different cases.
He was arrested for allegedly instigating people to open the sluice gate at Kalu headworks channel to release water in Dinga minor (Muzaffargarh canal).
Irrigation officials had warned the MNA against opening the gate that had been closed for many months due to litigation. However, Dasti stated that he released water to facilitate farmers who had been complaining of water shortage.