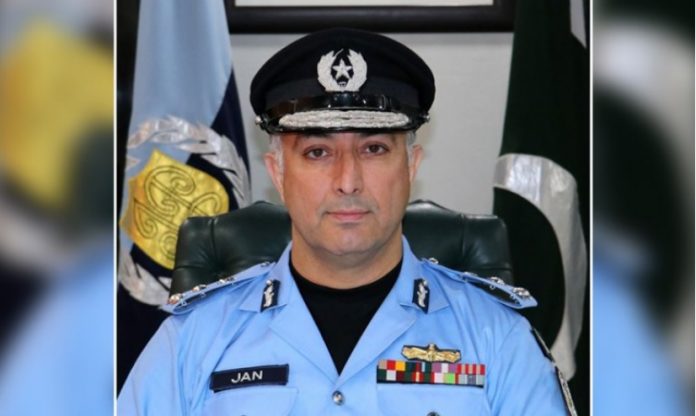 ISLAMABAD: Jan Muhammad on Thursday resumed charge as Islamabad Inspector General of Police (IGP) soon after his arrival in the country from Malaysia.
According to media reports, the Interior Ministry had asked Jan Muhammad in the backdrop of the current situation in the country to return immediately.
Jan Muhammad after resuming charge as police chief of the federal capital reviewed the security situation emerged in Islamabad after the acquittal of Asia Bibi in blasphemy case.
The Islamabad police chief was on leave to attend a course in Kuala Lumpur and whose notification of transfer had earlier been suspended by the Supreme Court.