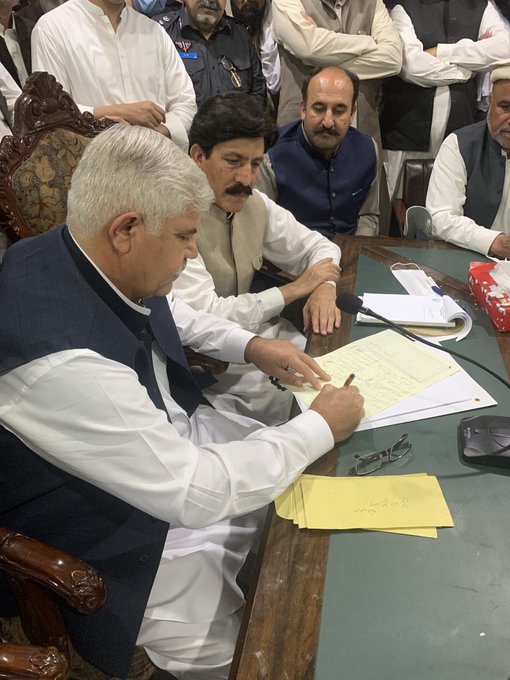 Talks between the Jani Khel tribe of Bannu, with the government on Monday remained successful, following which the tribe announced to disperse peacefully.

The residents had been staging a sit-in in their area since March 21, demanding the immediate arrest of the culprits involved in the kidnappings and murder of four teenagers. The bullet-riddled bodies were found buried in a local graveyard in the district.

According to Bangash, CM Mahmood Khan had accepted all the demands, saying that members of the provincial cabinet, as well as mediators, were part of the dialogue.

He further said that the CM particularly thanked Dr Hesham Inamullah Khan and the Marwat tribe.

“A press conference will be organised later to release further details,” the adviser maintained.