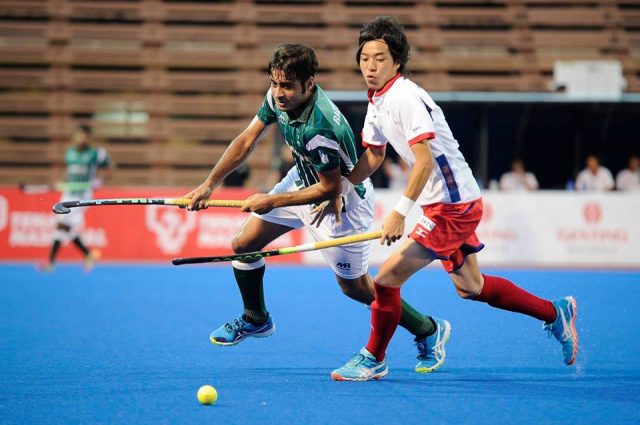 ISLAMABAD: Japan beat Pakistan by 3-1 in the second match of the 4-Nation International Festival of Hockey played at Melbourne’s State Netball Hockey Center.
All four goals of the match came through open play. Pakistan’s goal was scored in the last minute. It was 1-0 at the half time.
Japan scored through Japan Kenty Tanaka (14th and 46th minute) and Genki Matani (50th minute). Pakistan’s lone scorer was Atiq Arshad (60th minute).
In the other match, hosts Australia defeated New Zealand 4-1. Pakistan will play New Zealand on Saturday. …APP