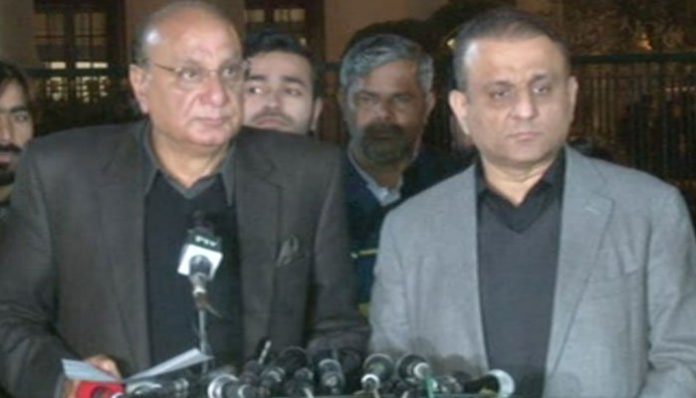 LAHORE: Punjab Law Minister Muhammad Basharat Raja said on Tuesday that the initial Joint Investigation Agency (JIT) report held the Counter Terrorism Department (CTD) officials behind their tragic extra-judicial killings in Sahiwal adding that the JIT report found no terror links of the late Khalil family.
Speaking to journalists after a high-level meeting on the Sahiwal incident, the minister said that the provincial government has relinquished Additional Inspector General CTD and DIG CTD from their post, and told them to report to the federal government.
“SSP CTD and DSP CTD of Lahore region are suspended,” the law minister added.
The law minister said that challan of five CTD officials will be presented before the anti-terrorism court tomorrow (Wednesday).
The minister said that the government will hold an in camera briefing tomorrow on the incident.
“The government as per its promise has completed its promise of a quick and transparent investigation. It’s a test case. No person is above law,” he said.
The minister said that the JIT chief has asked further time from the government to investigate the background of late Zeeshan, who was also killed with the members of the Khalil family.
Four people including three members of a family were killed in an alleged encounter in Sahiwal.
CTD personnel said they had killed a local commander of militant organisation Daesh and three others in the operation. Eyewitnesses, however, disputed the claim and said the people in the car did not fire at officials, nor were any explosives recovered from the vehicle.
The dead included a man, his wife and their teenage daughter, as well as the driver of the car who, according to the CTD, was involved in terrorist acts.