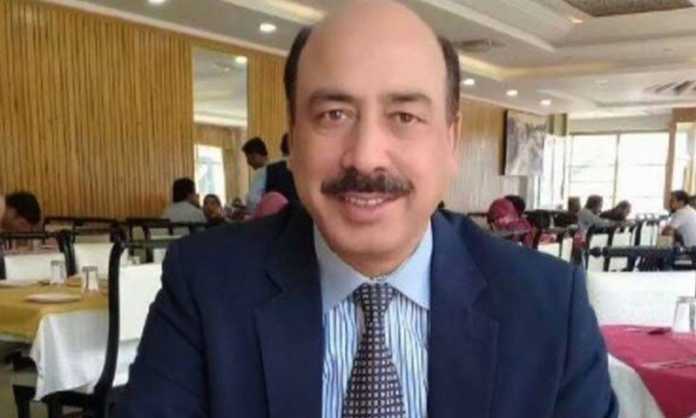 LAHORE: The Lahore High Court (LHC) chief justice has terminated the services of accountability judge Arshad Malik on Friday over the controversial video scandal.
According to sources, the decision was announced by the administration committee presided over by the high court’s chief justice.
Justice Mohammad Ameer Bhatti, Justice Ahmad Khan, Justice Ayesha Malik, Justice Shahid Waeed and Justice Ali Baqir took part in the committee meeting.
Malik had convicted former prime minister Nawaz Sharif in a NAB in the Al-Azizia reference.
The judge in a complaint filed with the FIA Cyber Crime Wing, had claimed that he had been blackmailed by PML-N supporters.
Judge Malik also submitted an affidavit with FIA admitting on July 14, 2019, of his meetings with ex-premier Sharif and others, also involved in purported immoral act decades back.
PML-N President Shehbaz Sharif thanked God for the LHC’s move to dismiss the judge and said that it proved that Malik’s judgment against his brother and former prime minister Nawaz Sharif was not based on justice.
He demanded the decision against Nawaz be taken back in light of the judge’s dismissal.
The former Punjab chief minister said that the decision proved Nawaz’s innocence.
PML-N leader Maryam Nawaz had alleged last year that the judge had contacted Nasir Butt, a PML-N worker and told him that he was feeling guilty and having nightmares ever since he announced the verdict that led to Nawaz’s imprisonment.
The judge was “blackmailed” into handing down the sentence against Nawaz Sharif after some people threatened that they would release a private video of his, she had alleged.
Judge Malik, after becoming embroiled in the so-called judge video scandal, had penned a letter to the IHC in July wherein he had refuted Maryam’s claims and revealed other information related to the controversy.
In an affidavit submitted to the court, Malik had denied the contents of the video — which purportedly showed him admitting to a lack of evidence against former prime minister Nawaz Sharif — and termed them edited, fabricated, and aimed to defame him.
Maryam had claimed that the judge was under immense pressure to send the former prime minister to jail, and that he had contemplated committing suicide several times since. She said the judge did not write the verdict but “was made to write” the prison sentence for Nawaz Sharif.
Responding to the allegations, the accountability court judge had called the video presented by the PML-N as fake and fallacious. He had demanded legal action against those involved in producing the videotape.