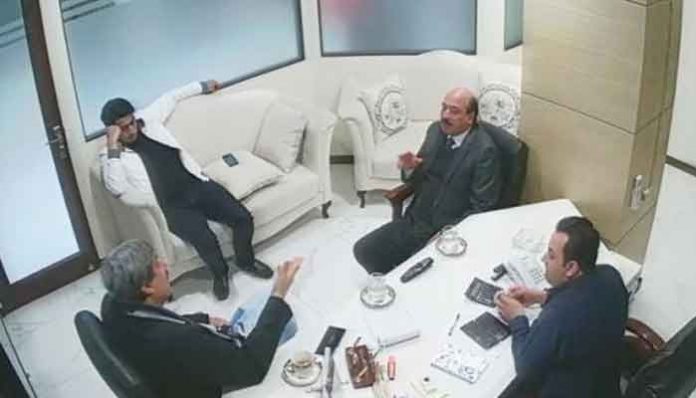 ISLAMABAD: The main suspect in the accountability court Judge Arshad Malik controversial video case, Mian Tariq Mehmood, has been remanded into the Federal Investigation Agency (FIA) custody for three days.
Mian Tariq Mehmood is suspected of shooting the video of Judge Malik that PML-N leader Maryam Nawaz aired at a press conference. In the video, Judge Malik reportedly said that former prime minister Nawaz Sharif was wrongly convicted because of pressure.
Mehmood was arrested and remanded into FIA custody on July 17. The FIA has been ordered to present him before the Islamabad judicial magistrate again on Monday.
The investigation officer informed the court that they obtained incriminating evidence from a USB. He also said that Mehmood had indicated who his accomplices were.
Like big leaders, we also want medical facilities, argued his lawyer. However, the judge said that according to the medical report, he hasn’t been tortured.