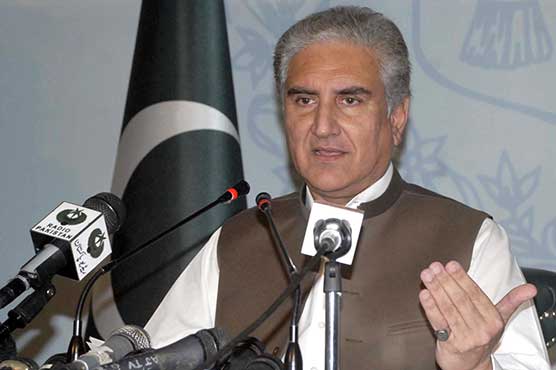 MULTAN: Foreign Minister Makhdoom Shah Mehmood Qureshi on Sunday said that the video’s matter has been explained by the judge Arshad Malik himself.
Talking to media outside the shrine of Bibi Pak Mai he said that the honourable judge has cleared the accusations leveled against him and endorsed the demand of forensic audit of the matter.
FM Qureshi also told the reporters that no one has barred the Pakistan Muslim League-Nawaz (PML-N) to conduct a public gathering in Mandi Bahauddin but we requested them to change the venue amid security threats.
He also refuted the Maryam’s claims of having more video of the same kind and refused to comment on the matter any further.