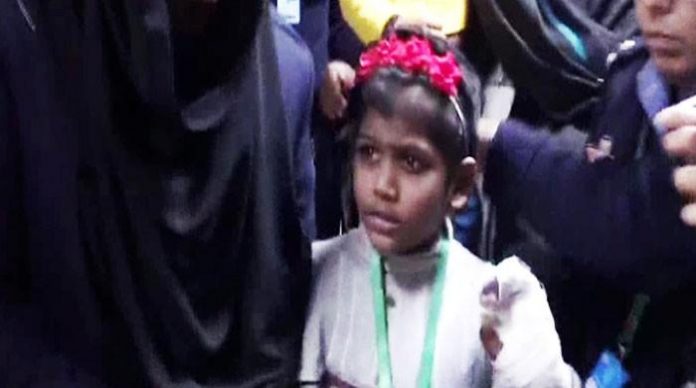 ISLAMABAD: The Islamabad High Court (IHC) on Tuesday handed down one year in prison to a former additional district and sessions judge and his wife in Tayyaba torture case.
A single bench of the IHC, comprising Justice Aamir Farooq, awarded one-year imprisonment to Raja Khurram Ali Khan and his wife Maheen Zafar and directed them to pay a fine of Rs50,000 each. 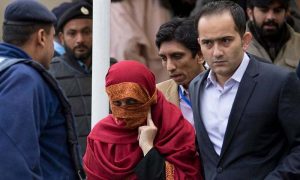 They both were found guilty of employing a minor girl as domestic worker under section 328-A (cruelty to a child) of the Pakistan Penal Code (PPC).
The judge had reserved the verdict on March 27 after hearing arguments from prosecution and defense side.
In January last year, the pictures of the 10-year old housemaid Tayyaba went viral on social media with internet users claiming that the maid works at additional session judge Khurram Ali Khan’s house, was severely tortured by the family of the judge.
Tayyaba, after being recovered by the law enforcement agencies, claimed that she fell from stairs but in the statement recorded for the First Information Report (FIR), the girl stated that she was tortured by the judge’s family.
The apex court judge took suo motu notice of the case of alleged torture on the 10-year old and constituted a division bench for hearing of the case.
The girl, mysteriously went missing for several days before the upcoming hearing. She was later recovered from Islamabad.
District Magistrate Islamabad had written a letter to Pakistan Institute of Medical Sciences (PIMS) administration ordering the formation of a new medical board to ascertain the facts in the torture case.
The medical board, in its report, mentioned that there were torture marks on the body of the girl.