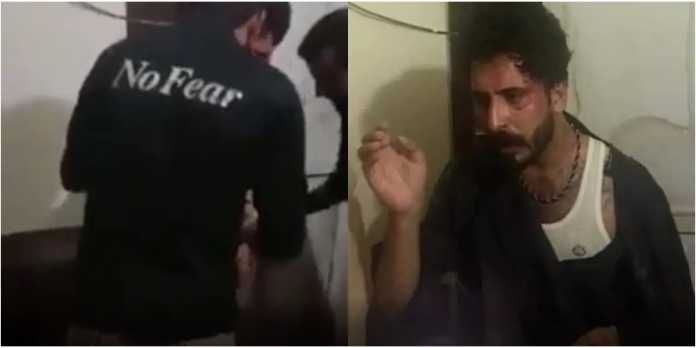 PESHAWAR: The Judicial Commission headed by Justice Lal Jan Khattak of the Peshawar High Court to probe the humiliation of a young man Amir Tehkal in the custody of the local police has started probe into the incident.
Victim Amir Tehkal has appeared before judicial magestrate Farooq Khan and recorded his statement before the judicial magestrate.
While recording his statement, Amir Tehkal has nominated SHO Tehkal Police Station Imran Uddin and Shehryar. He also claimed that 11 other people were also involved in the incident.
The government had notified a judicial commission headed by Justice Lal Jan Khattak of the Peshawar High Court to probe into the incident.
The commission will inquire into the case of police torture and humiliation of Radiullah alias Amir of Tehkal in police custody last week. People had protested on social media and later taken to the streets after the video of Amir went viral in which he was seen being stripped and humiliated by the cops in custody.
According to a notification by the Home and Tribal Affairs Department, the one member commission will inquire into and determine the root causes and facts of the incident, fix responsibility on the officials concerned, determine institutional lacunas in the system leading to such incidents and make recommendations to avert these happenings in future. The commission will have the powers to summon anyone and require production of any document in the case. It will complete the inquiry within 15 days.