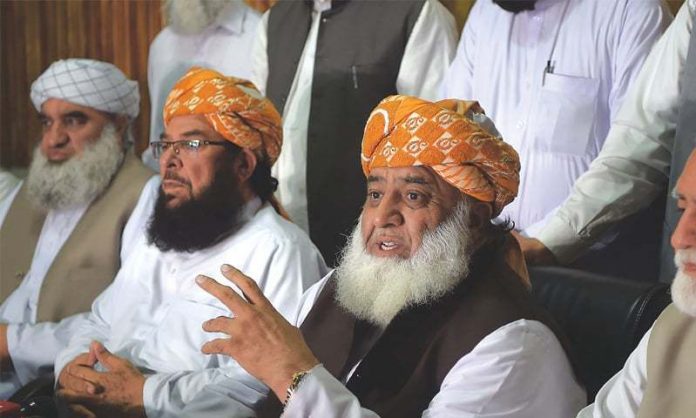 ISLAMABAD: Jamiat Ulema-e-Islam-Fazl (JUI-F) Chief Maulana Fazlur Rehman is all set to launch another movement against the incumbent government of Pakistan Tehreek-e-Insaf (PTI) from February 5.
According to details, the JUI-F has finalized the schedule of the campaign after consultation with five opposition parties that include Pashtunkhwa Milli Awami Party, National Party, Jamiat Ulema-e-Pakistan (JUP), Jamiat-e-Ahle Hadees and Qaumi Watan Party.
JUI-F sources further told that joint conventions will be held in Lahore and Islamabad on February 9 and February 15 respectively. On February 23, the convention will be organized in Karachi and on March 1, it will be held in Peshawar.
Maulana Fazlur Rehman, Mahmood Achakzai, Aftab Sherpao along with other leaders will address the conventions.