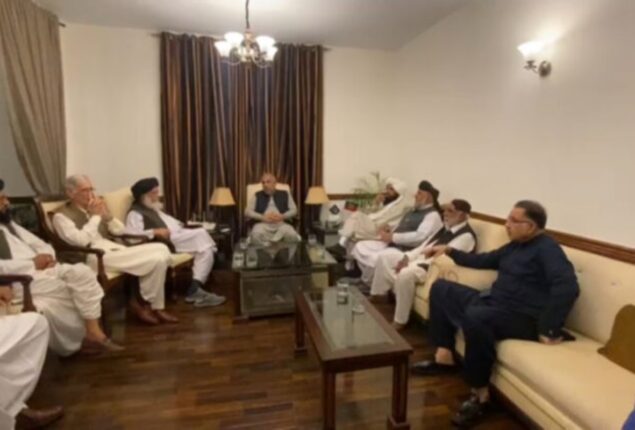 Discussions were also held on various dimensions of bilateral cooperation between the two parties. The two sides also agreed that both political parties would work together in the future, according to a statement issued by the PTI. They have reviewed the progress on the establishment and movement of provincial committees.

JUI-P leaders Maulana Shuja Mulak and former senator Maulana Gul Naseeb Khan and others were hailed by the PTI leadership for their unconditional support.

Moreover, PTI have announced to mobilize their organizational units from across the country to participate in the long march.