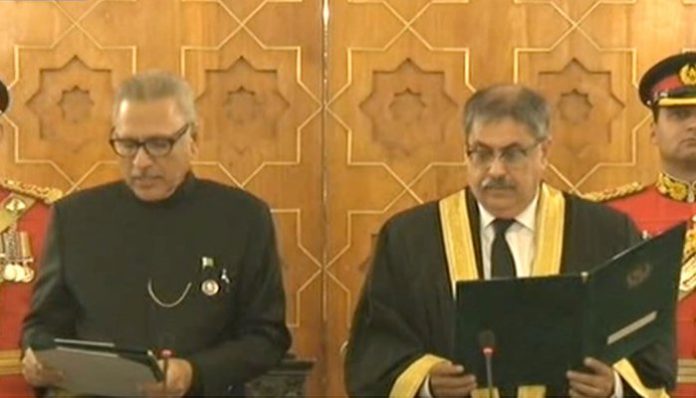 ISLAMABAD: Justice Athar Minallah on Wednesday was sworn in as the new Chief Justice of the Islamabad High Court (IHC).
Justice Minallah was administered oath by President Dr Arif Alvi at a ceremony at the President House.
He succeeded Justice Mohammad Anwar Khan Kasi, who retired on November 27 after serving as the IHC chief justice for seven years, 10 months and 23 days.
On November 1, the Judicial Commission of Pakistan (SJC) headed by Chief Justice of Pakistan Justice Mian Saqib Nisar had recommended Justice Minallah’s appointment as the new chief justice of the IHC, which was approved by President Alvi on November 14.