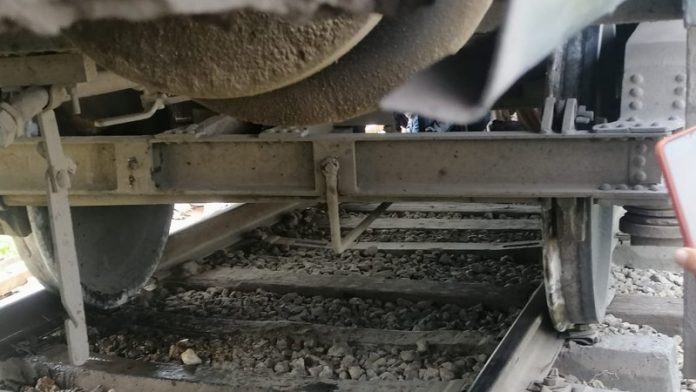 The train coming from Peshawar was moving at a slow pace at the time, according to railways officials. The driver immediately applied the brakes and there were no casualties, they said. Railways staffers were repairing the Peshawar-Karachi Down track.

The incident comes just two days after a high-speed passenger train knifed through carriages of another express that had derailed minutes earlier near Ghotki. The collision killed at least 66 people and injured another 200.

Train accidents are common in Pakistan, where the network has seen decades of decline due to corruption, mismanagement and lack of investment.

The majority of train passengers in the country are working-class people who cannot afford the quicker bus journeys.