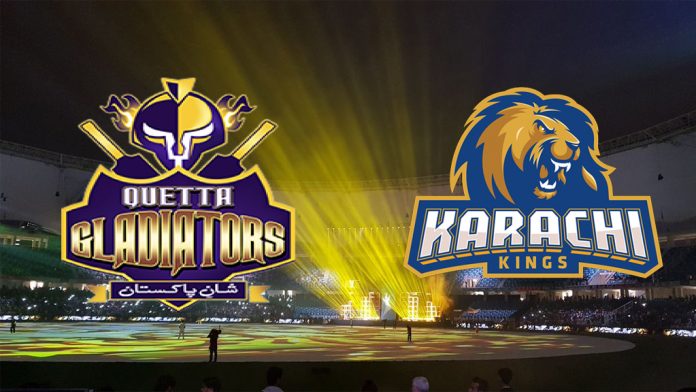 DUBAI: On the second day of the third edition of Pakistan Super League (PSL), Karachi Kings will meet Quetta Gladiators while Lahore Qalandars will face yesterday’s victors, Multan Sultans today.
The first match between Kings and Gladiators will start at 4pm P.S.T. In this match, Shahid Afridi, playing from Karachi after leaving Peshawar, will be the main attraction for the spectators. In addition, Mohammad Amir, also representing Karachi, seems to be in tremendous form nowadays.
On the other hand, Gladiators have big names like Kevin Pietersen, who has announced retirement from all forms of cricket after the ongoing edition of PSL. Australian all-rounder ShaneWatson is another threat for the Kings, as he has the ability to change the game, both with his bat as well ball.
Earlier, Experienced Kumara Sangakara’s fifty overcame Sammy’s onslaught to clinch victory for Multan Sultans in their inaugural match of Pakistan Super League-3 (PSL-3) at Dubai International Stadium.
Despite early loss of Ahmed Shehzad, Maqsood joined ranks of experienced Sangakara to stable the innings in the middle. However, Maqsood came Maqsood came down the track in the ninth over and took needless risk while ending up throwing away his wicket recklessly.
Sangakara continued to make good use of bad deliveries and brought his fifty in style by hitting a six. He along with skipper Shoaib Malik were well inching towards target when Sangakara was finally dismissed by Wahab Riaz on 57.