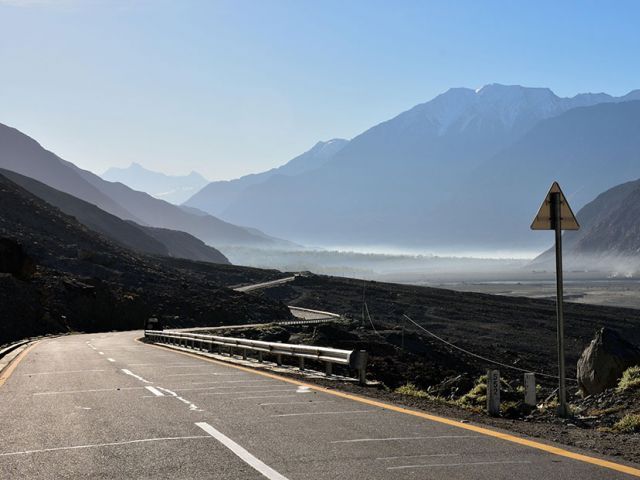 Karakoram Highway has been opened for all types of traffic after Frontier Works Organization (FWO) cleared blockages on the route, which previously led to tourists being trapped in the Gilgit Baltistan owing to heavy rain spell, says ISPR.

According to the ISPR, the Karakoram highway is open for all types of traffic after relentless and sustained efforts by FWO.

“Recent spell of heavy rains in Gilgit Baltistan since 20 July caused blockage of the highway with heavy mudflows at more than 20 locations between Tatta Pani and Raikot,” the army’s media wing said.

It further shared that during challenging weather and terrain conditions, the FWO slide clearance teams kept working round the clock to clear all blocked locations.

After dedicated efforts of FWO  teams, the ISPR said that all blocked areas have been cleared and the Karakoram Highway is now open for all types of traffic.

It is pertinent to mention here that landslides and flash floods caused by continuous heavy rain in Gilgit-Baltistan have led to blockage of Karakoram Highway from 20 spots, making it difficult for the tourists to visit or leave the region.