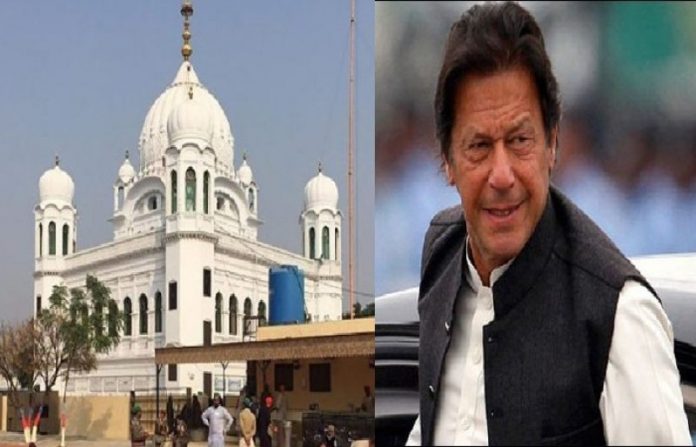 ISLAMABAD: Prime Minister Imran Khan, who envisioned a year ago the construction of Kartarpur Corridor between Pakistan and India, is inaugurating the Corridor today to facilitate entry of Sikh pilgrims from India into Gurdwara Dera Sahib at Kartarpur in Narowal district of Pakistan.
The Corridor is being opened on the 550th birth anniversary celebrations of Guru Nanak Dev Ji beginning from Tuesday.
Dubbed as ‘Zero Point’, the Corridor including a bridge stretches for one-kilometer over the Ravi River flowing between the two countries.
The inauguration of Kartarpur Corridor coincides with birthday of Pakistan’s national poet and philosopher Allama Dr. Muhammad Iqbal, who in his poem ‘Nanak’ written in book Baang-e-Dara, holds the Sikh spiritual leader in high esteem for his monotheist beliefs.
The landmark project initiated on the directives of Imran Khan as a peace-building measure for the region and to promote interfaith harmony, is entirely funded and executed by Pakistan as a gift for Sikh community.
Prime Minister Imran Khan, as a mark of utmost facilitation, has waived off the condition of passport and the fee for pilgrims, who are visiting Pakistan, on the day of inauguration of the corridor and Guru JI’s birthday.
On the opening day today, the first batch of 10,000 Sikh pilgrims is set to perform their rituals within the compound of the Gurdwara after seven decades. However, later, 5,000 Yatris per day are expected to come from India.
Meanwhile, the first group of Sikh Yatrees arrived at Zero Point at the Kartarpur Corridor on Saturday morning, where immigration process was carried out in a smooth manner.
The Sikh Yatrees commended the government’s steps to protect religious places of minorities and give them equal constitutional rights.
In a statement, Sikh leader from Canada Sardar Charan Singh said Prime Minister Imran Khan should be given a Noble prize over his initiatives for the Sikh Yatrees.
Sikh Yatree Sardar Gurumeet Singh said minorities living in India cannot imagine about the freedom which is enjoyed by non-Muslims in Pakistan.
The Indian journalists have also been facilitated by Pakistan for smooth coverage of the proceedings of the formal inauguration of Kartarpur Corridor.
In his message on the occasion of Kartarpur Corridor’s opening, Prime Minister Imran Khan has said that inauguration of Kartarpur Corridor is the testimony of Pakistan’s commitment to regional peace.
The Prime Minister said we believe that the road to prosperity of region and bright future of our coming generation lies in peace.
Congratulating the Sikh community on both sides of the border and the world over on the historic day, the Imran Khan further said that significance of the event for the Sikh community, on 550th birth anniversary of Baba Guru Nanak Dev Ji, could be well understood by the Muslims who knew what it meant to visit the holy places.
He said the inauguration of Kartarpur Corridor is a manifestation of the fact that our hearts are always open for the followers of different religions as enjoined by our great religion and envisioned by our Father of the Nation.
The Prime Minister said today we are not only opening border but also our hearts for the Sikh community.
He said unprecedented gesture of goodwill from the Government of Pakistan is a reflection of its deep respect for Baba Guru Nanak Dev Ji and religious sentiments of the Sikh community.
Imran Khan said Pakistan believes that interfaith harmony and peaceful coexistence would provide an opportunity to work for larger interests of the people of the Sub-continent.