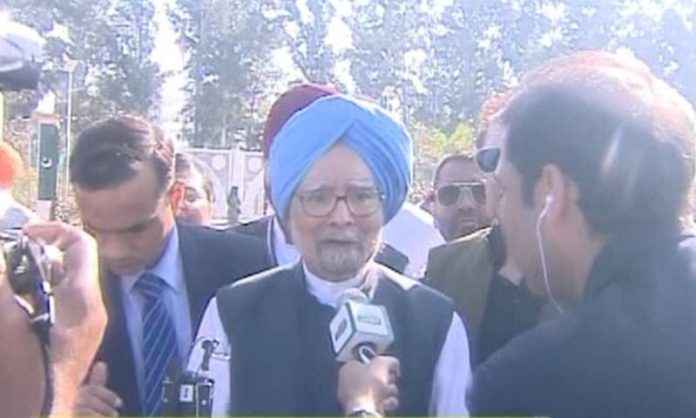 KARTARPUR: India’s former prime minister Manmohan Singh has on Saturday said that the opening of Kartarpur Corridor will significantly improve bilateral ties between Pakistan and India, and termed it as a “big moment.”
Prime Minister Imran Khan formally inaugurated the historic ‘visa-free’ Kartarpur Corridor for the Sikh community.
Manmohan Singh, Indian Punjab Chief Minister Amarinder, cricketer-turned-politician Navjot Singh Sidhu and actor Sunny Deol were the prominent figures who arrived at the Gurdwara Darbar Sahib Kartarpur for the inauguration ceremony as gates of the passage at zero point were opened today.
From Pakistan, Foreign Minister Shah Mehmood Qureshi, Federal Interior Minister Ijaz Shah, Governor Punjab Chaudhry Mohammad Sarwar, Special Assistant to the PM on Information and Broadcasting Dr Firdous Ashiq Awan and others were present.
Amarinder Singh said the Sikh community had been waiting for a free passage for 70 years, and maintained that it is a good beginning. Former Indian opposition leader and Sikh pilgrims thanked Pakistan for its efforts to inaugurate the Kartarpur Corridor.