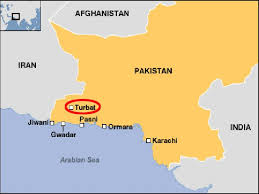 A soldier embraced martyrdom  and five others injured in an attack on security forces in Balochistan’s Kech, Turbat Levies confirmed Friday. Unidentified men ambushed FC personnel in a mountainous area some 70 kilometres away from the District Headquarters Turbat.

The attackers fired rockets and used small weapons as well, the Turbat Levies said. All injured were shifted to a nearby hospital. Later Security forces sealed the area and a search for the attackers undertaken.